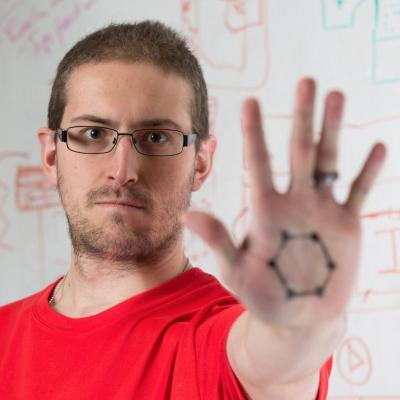 Bryan's first experience with educational technology came in 2001 while attending Penn State. While using an LMS called "ANGEL" to manage a group project he noted how painfully difficult the interface was for something as simple as creating directories of content. Flashforward years later and he was assigned to work on a project called "Outline Designer" to empower faculty and instructional designers to produce online materials faster and with greater prototyping capacity through speed of production.

A few years on the job and Arts and Architecture's Office of Digital learning didn't just embrace outline designer, they started to open source all creations of the organization that were in pursuit of digital learning. They released these innovations under the umbrella of the project named internally as the E-Learning Management System or ELMS for short.

Several national awards and multiple conference presentations later of different innovations, Bryan noticed that there was an inherent pattern to the solutions being crafted by the unit. When tasked with envisioning the future of the portfolio, he stepped back, cleared the whiteboard, and began a new as if all innovations were interconnected. The white board formed a series of circles all interconnected. It was with this whiteboard that ELMS: Learning Network was born.

Bryan got his M.S. in Information, Sciences & Technology in 2015 with his thesis entitled Information Altruism about the way ELMS contributions have been able to transform the organizations it touches.

Bryan no longer thinks he can transform education through a network of innovative, free and empowering technology solutions; surrounded by a team of experts in the arts, sciences, learning design, media, and software development, Bryan knows we can and will transform education.

The world needs more dreamers, bring dreams to life with us!

I speak regularly at Drupal and education centric events nationally. Topics include everything from hard skills like performance optimization and building out complex Drupal sites to philosophy discussions around Free Open Source Software and its impacts on society.